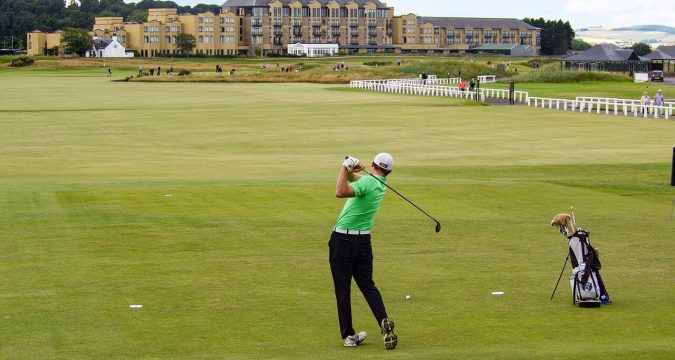 U.S. golf fans and bettors will be in their glory this week. The world’s best golfers are descending on Fife, Scotland for the 150th running of the Open Championship (still known widely as the British Open). It’s a particularly special edition being held at the historic Old Course of St. Andrews. This historic 150th Open Championship is fittingly taking place at the home of golf.

The Open Championship serves as the fourth and last leg of the 2022 major circuit of golf. The Grand Slam events already in the books for this year are the Masters, the U.S. Open and the PGA Championship. Two first-time major winners have emerged with Scottie Scheffler winning the Masters and Matt Fitzpatrick most recently taking home the U.S. Open crown. In between, Justin Thomas added a second PGA Championship to his collection.

Play will begin in the morning of July 14th with the final round scheduled to be played on July 17th, barring weather issues. The defending champion is Collin Morikawa.

The Open Championship has always been one of the most prestigious golf tournaments in the world. That being said, controversy will not be in short supply at this year’s event.

Most golf fans are by now well aware that there is an ongoing battle between the PGA Tour and the recently introduced Saudi-sponsored LIV Golf League. For the first time in modern professional golf, the PGA Tour has a legitimate competitor in terms of a golf league that has prompted the participation of some of the world’s top golfers.

As well as the rift between the organizations is the acrimony that is emerging between the golfers themselves. A war of words between some of the biggest names in the sport is taking place in the media rooms and press conferences. There are also practical repercussions for players aligning themselves with the new organization. The PGA Tour has suspended the membership of any golfer who has signed up to participate in LIV events. Further punitive action may well be on the way too.

This ongoing clash could reach a fever pitch in Scotland. Since the Grand Slam events are the domain of the R&A and the USGA as opposed to the PGA Tour, LIV golfers will be permitted to play in Scotland. Given the harsh words that have been passing back and forth between the sides, there could be fireworks in the pairings. A duel between a PGA Tour loyalist and LIV golf defector down the stretch on Sunday would make for particularly intriguing viewing.

The five top-ranked golfers in the world right now are:

Of course, oddsmakers have a slightly different take on this year’s Open Championship. Here are the odds on the top 10:

A lot of eyes and betting money will be on the favorite Mcllroy. He has played extremely well in the majors this year, finishing 2nd in the Masters, 8th in the PGA Championship and T-5th in the U.S. Open. In his only other appearance at St. Andrews, he finished T-3rd in 2010. As for the rest of the field, this year’s Open looks wide open. Golf bettors might want to consider going with a top 5 player as a main bet and backing it up with a few small punts on some longshots in the betting.

There are many more options than just wagering on the outright winner. If golf fans would like to have a little fun with prop bets, many of the top U.S online sportsbooks will be posting daily matchups. There will also be live betting options being offered during each day of the tournament. Even with the controversy hovering, it remains one of the great sporting events of the summer.