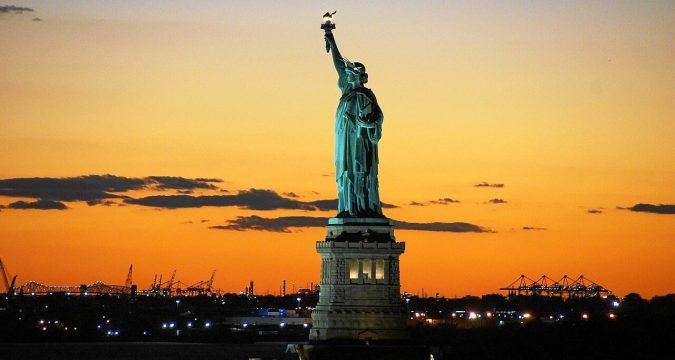 The state of New York has a rich history in professional sports. The NYC metropolitan area alone is represented by two teams in each of the Big 4 professional sports leagues. You have the Jets and Giants (NFL), Mets and Yankees (MLB), Brooklyn Nets and Knicks (NBA), and Rangers and Islanders (NHL).

Throughout the decades, there is always a certain expectation of a New York team. At one point they even elicited fear in the hearts of rival fans. Does that fear factor still exist? And with New York sports betting now fully legal and live, is the lack of success of NY teams holding back its full revenue potential?

Let’s take a look at the current standing of New York pro sports franchises, in particular the NYC-based teams.

Realistically, it’s been a while since the New York Jets were relevant in the NFL. Since the team was founded in 1959, they have won just a single Super Bowl (1968), 4 AFC East Division titles, and made an appearance in the playoffs on 12 occasions. Worryingly, they have failed to make the playoffs since 2010.

The Buffalo Bills are improved recently but are still best remembered for their four Super Bowl defeats in a row from 1990-1993. They have never won a championship in their history.

It’s fair to say NFL football is not fulfilling its potential in NY.

The New York Mets have always played second-fiddle to the cross-town Yankees. Established in 1962, the Mets have always been a bit of a disappointment. They tend to promise a lot at the beginning of the season and deliver very little by the time the season is over. They have two World Series titles (1969, 1986) but only have 5 NL pennants to their credit. This year could be different as the Mets currently have the 2nd best record (40-22) in MLB. Then again, they are still in the shadow of the Yankees (44-16).

The New York Yankees are arguably the greatest team in sports history. The club was first established in 1901. Since that time, they have won 27 World Series titles and 40 AL Pennants. If there is any knock against the Yankees, it has to be that for all the money they have spent in the last 20 years, they only have 2 World Series titles to show for it.

Historical underachievers, the Mets look strong so far this season. And as usual lots to fear with the Yankees. Both teams should be contenders in 2022.

The Brooklyn Nets moved from New Jersey in 2012. In their 9 years representing New Yorkers, they have simply nothing to show for it. There was great promise in 2021-2022, but an early exit from the NBA Eastern Conference playoffs left fans disappointed.

The New York Knicks are one of the NBA’s old guards, having joined the league in 1948. They too have very little to show for 73 years in the league, claiming only two NBA titles in the 1970s along with 4 Conference titles. It’s been a long time between drinks for Knicks fans.

In fact, New York’s NBA teams are probably the clearest example of underachieving franchises in such a huge market.

The New York Rangers have been members of the NHL since 1926. Through all of these years, they have only won the Stanley Cup 4 times, and only once since 1940. That was in the 1993-1994 season. While they do look on target for a Stanley Cup run this campaign, it would do little to make up for so many years of futility.

The New York Islanders joined the NHL in 1972. Through the early 1980s, they were the NHL’s dominant team with 4 straight Stanley Cups from 1980-to 1983. But there’s been nothing much since then. Throw in the Buffalo Sabres, who have never won the Stanley Cup in their 52-year existence and the evidence is mounting.

Hockey is not usually a sport to set pulses racing in NY.

As you go through the list, nearly all New York professional teams can be categorized as underachievers to some level. The exception is the New York Yankees team with 27 World Series titles to its credit. However, if you ask New York Yankees fans how they feel when so many promises have delivered so few results in recent years and there’s a chance even they fall foul of the underachieving tag.

New Yorkers have high expectations and low tolerance for failure. It’s a huge market and the pro franchises based there have enormous resources at their disposal. It might not seem fair, but repeated success year after year is the only way to keep NY fans happy.