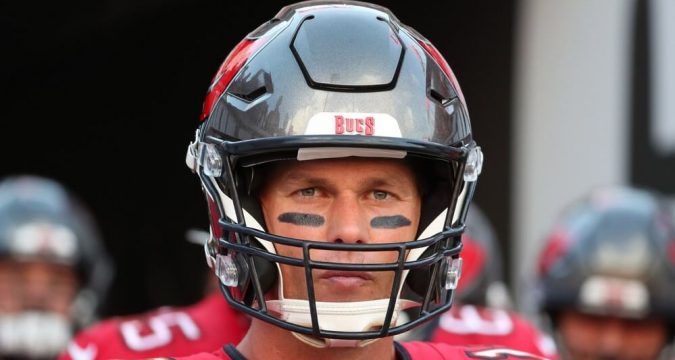 Six weeks after announcing his playing days were over, Tom Brady has made a sensational reversal of that decision. Claiming he still had “unfinished business”, he is rejoining the Tampa Bay Buccaneers for next season. He will be 45 years old when the campaign kicks off.

The announcement had immediate repercussions on NFL futures odds across multiple online sportsbooks. Without Brady, most oddsmakers had the Bucs at around +2400 or +2500 to go all the way in the 2022-23 Super Bowl. The average price available now is +800*. That is an enormous shift and a testament to the impact one player can have on a franchise’s prospects.

Of course that one player does happen to be the GOAT.

Brady will now begin preparations for his 23rd season in the NFL. After winning six Super Bowl rings with the New England Patriots, he left for Tampa Bay in 2020. His first season there, aged 43, he duly added Super Bowl number seven and was the game’s MVP for good measure.

Even in the most recent campaign, aged 44, he demonstrated he was still at the top of his game. He played in all 17 regular season games, threw 43 touchdowns and passed for 5,316 yards to lead the league. The Buccaneers subsequently lost narrowly in the Divisional round to eventual champions the LA Rams. In truth there was not much evidence of a player in decline and his retirement took many by surprise.

*Odds vary and change daily across the sportsbooks so a savvy and patient bettor can potentially find a bargain.