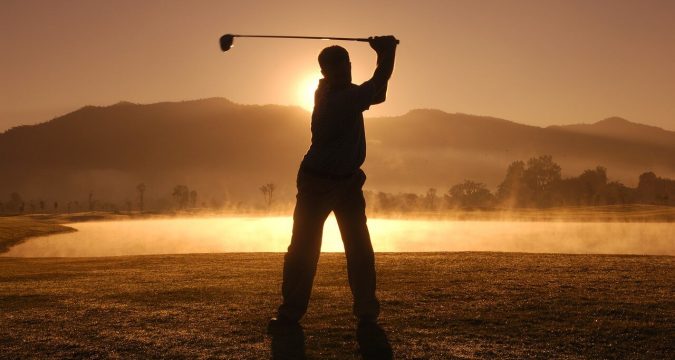 Gambling in the United States was very different in the early to mid-1900s prior to the emergence of Las Vegas. If a skilled gambler had any designs on making a living in this line of work, they had to ply their trade on the road. Alvin Clarence Thomas, or “Titanic Thompson” as he became known, was one of America’s first legendary road gamblers. To this day he remains one of the greatest bettors to ever live.

Thomas was born in Monett, Missouri but spent most of his childhood in the Ozark Mountains of Arkansas. His father, who himself was a bit of a vagabond gambler, abandoned his family during Thomas’ early childhood. Without much interest in formal education, Thomas began working on the skills he would later use to support himself as a professional gambler.

He left home at the age of 16 and following a stint in the military as a draftee he began to develop a gift for calculating odds. He also became a student of human behavior. This gave him the ability to spot his potential gambling victims from a mile away.

There are differing accounts of how he gained his nickname. Thomas most likely became Thompson after a newspaper article typo that it suited him not to correct. The Titanic part is in relation to how many people he sank with his shrewd proposition bets. He is widely considered the greatest prop bettor of all time.

Some would say Thompson was a bit of a gangster who ran with the same kind. For example, a major claim to fame was his involvement in the poker game that led to the killing of New York City crime boss Arnold Rothstein. Rothstein was himself a notable gambler who was allegedly the kingpin behind the fixing of the 1919 World Series between the Chicago White Sox and Cincinnati Reds. Thompson’s involvement with people like Rothstein also put him in proximity to other mob bosses like Lucky Luciano, Meyer Lansky, and Frank Costello to name a few.

Thompson was not a man to be trifled with either. He reputedly killed at least five men in his lifetime. He never faced charges as all five killings were in self-defense, often in the act of fending off would-be robbers.

In gambling circles, Thompson was in the category of highly skilled hustler. He had a varied skill set that enabled him to separate opponents from their money in a wide range of ways. He was a skilled poker player who also taught himself to be an excellent golfer, pistol shooter, and billiards player. The fact he was ambidextrous gave him a further edge. He could take advantage of unsuspecting victims who didn’t know he had could play games of skill from either side with either hand.

As a road gambler, Thompson would travel from one city to another, always following or creating the action. If he couldn’t find a poker game or billiards/golf match to his liking, he seemed to able to conjure a betting activity from nothing. The common thread was he always had an advantage over his opponent. His proficiency as a hustler was even admired by the likes of Minnesota Fats, one of the greatest pool sharps of all time.

Thompson had no problem manipulating terms in his quest to win big wagers. A great example of this was when he placed a large bet with an unsuspecting gambler that he could drive a golf ball 500 yards using a hickory-shafted club. At a time when pro golfers drove the ball 200 yards on a good day, he simply waited until a local lake froze during the winter. He summoned his challenger to the lake, pulled out his driver, and promptly whacked the ball down the middle of the frozen surface. It might still be rolling.

Golf – His Game of Choice

Fittingly, it is golf that Titanic Thompson is indeed best remembered for. After leaving the military, he invested a great deal of time becoming a self-taught golfer. It was no secret in golfing circles that Thompson was as good as anyone playing professionally for a living. But in those days there wasn’t much prize money on the burgeoning pro tour. He never took that route because he believed he could earn much more money as a gambler.

As mentioned, using his ambidexterity was one of his favorite gambling ploys. He would typically bait his victims by showing moderate prowess as a right-handed golfer. He would then make an even larger wager he could beat his opponent left-handed. It was unimaginable that someone could play golf equally well from both sides of the ball. What his golfing adversaries would soon learn was Thompson was naturally left-handed and could actually play even better that way.

As a lifelong hustler, Thomas was always looking for a betting angle that would lead him to riches. However, he did have one major gambling weakness. As much as he loved betting on horse races, he was not a gifted handicapper. By the time of his death in 1974, he had lost millions of dollars betting on the horses.

But away from the racetracks Thompson was indisputably one of the greatest gamblers this country has ever seen. His skills coupled with his ability to create action are unparalleled in the history of proposition betting. He was a product of the time when road gamblers plied their trade across the gambling parlors, pool halls and golf courses of America. We won’t see the likes of Titanic Thompson again.