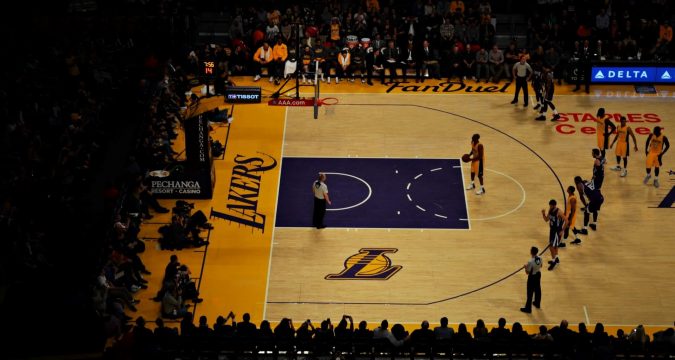 The Boston Celtics and Los Angeles Lakers are experiencing contrasting fortunes in 2022. The Celtics are in the middle of what could be a successful postseason campaign. The Lakers are sitting at home watching from the sidelines. With both franchises tied on 17 NBA titles apiece, there’s a chance the 2022 Championship crown could cause a shift in bragging rights to the East Coast.

The NBA was first organized in 1947. Since the league’s inaugural year, they have crowned 75 NBA Champions. A lot of things have changed over the years, but one thing remains very clear. The Boston Celtics and the Los Angeles Lakers are by far the best NBA franchises in history. That raises the question, which one of these teams deserves billing as the best of the best?

Before we start this discussion, it should be noted that the Los Angeles Lakers were formerly known as the Minneapolis Lakers. Hence, the “Lakers” name.

From 1957 until 1969, the Boston Celtics won an incredible 11 NBA Championships. Only a championship loss to the St. Louis Hawks in 1958 kept the team from winning 9 championships in a row, a feat never seen in professional sports of any kind.

The list of great Hall of Fame players that spent most of their careers with Boston reads like a who’s who of NBA greats. It includes Bob Cousy, Bill Russell, John Havlicek, Bill Sharman, Sam Jones, Dave Cowens, Larry Bird, Kevin McHale and Robert Parish. While Red Auerbach never played with the Celtics, he was arguably the greatest head coach in NBA history due largely to the Celtics 60s dynasty.

Not to be outdone by the Celtics, the Los Angeles Lakers have also claimed 17 NBA Championships. Five of them came while in their original home of Minneapolis from 1949 to 1954. After their 1960 move to Los Angeles, the Lakers claimed another 12 titles while exhibiting true dominance during the 1980s. In that decade, the Lakers won 5 titles and lost in the NBA Finals on 3 occasions.

Equally, the Lakers can boast an impressive roster of Hall of Famers led by what many experts believe to be 5 of the best 10 players of all time. The list of Lakers Hall of Famers includes Elgin Baylor, Jerry West, Wilt Chamberlain, George Mikan, Gail Goodrich, Earvin “Magic” Johnson, Kareem Abdul-Jabbar, Shaquille O’Neal, James Worthy, Jamal “Keith” Wilkes and Kobe Bryant.

And the Best is…?

When comparing these two historic franchises to determine the best, there are two key factors that warrant consideration. The first one is “head-to-head” results in the NBA Finals. The second one is the total of NBA Finals appearances.

In head-to-head competition, the two teams met on 10 occasions to settle the NBA Championship on the floor. The Celtics win that battle with a record of 7-3. With that said, 6 of those titles came during the 1960s when the Celtics were unbeatable.

As for NBA Finals appearances, the Lakers are the clear winner. In total, they have made it to the NBA Finals 32 times with a record of 17-15. Yes, that’s 15 runner-up finishes. Before anyone starts thinking there is some futility in losing 15 championship series, remember the Lakers battled for the NBA title 32 times out of the league’s 75 years of existence. That’s an astounding 43% of all seasons.

The Verdict: For 75 years, the Boston Celtic and the Los Angeles Lakers have owned the NBA. Together, they have accounted for 45% of all championship trophies that have been handed out. How would one go about picking the best?

For this writer, it comes down to two things. First, it’s hard to argue with 32 NBA Finals appearances. Second, most of the Celtics’ success was concentrated in the 1960s. Conversely, the Lakers have been relevant in almost every decade since the NBA was founded. The pick is the Los Angles Lakers by the slimmest of margins.