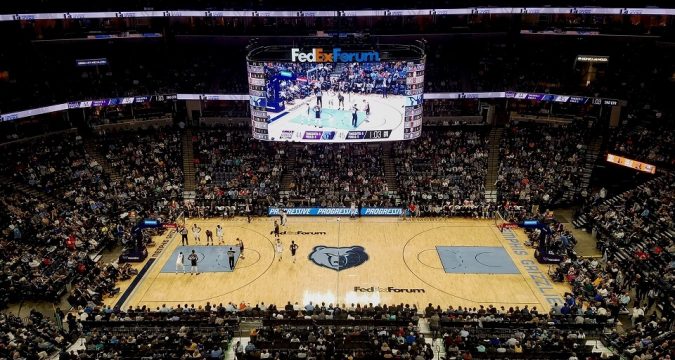 Before sports betting was legalized in Tennessee, local fans focused their loyalties on the state’s top college sports teams (Tennessee Volunteers, Memphis Tigers) and the NFL’s Tennessee Titans. Football has long been established as the number 1 sport in the Volunteer State.

On November 1, 2020, mobile sports betting went live in Tennessee. Sports bettors quickly began to realize that there were other Tennessee professional teams worthy of their attention.

Like in other states, Tennessee sports bettors have shown a strong affinity for betting on the home team. It’s a natural occurrence because recreational sports bettors tend to stay with what they know. In Tennessee, they know football. With NFL and college football behind them, they are now getting to know the NBA’s Memphis Grizzlies and NHL’s Nashville Predators too.

Entering the NFL playoffs, the Tennessee Titans were the #1 seed in the AFC. Unfortunately for their fans, they fell victim to the Cincinnati Bengals in the conference semis. With the Titans on the sidelines, Tennessee sports bettors are looking for alternatives. What they have found is a much improved Memphis Grizzlies team that currently finds itself with the third-best record in the NBA.

This is quite a change for a franchise that has spent the better part of its 21-year tenure in Memphis as an “also-ran”. Now, the Grizzlies are a team that has opponents viewing them as legitimate contenders for an NBA title.

The team’s improvement has been sudden. It was just two seasons ago, the COVID-19 shortened season, that the Grizzlies struggled to a record of 34-39. Last year, there was a modest improvement to 38-34, good enough to make the playoffs before losing in the first round to Utah. Currently, the Grizzlies (35-18) are running away with the Western Conference Southwest division. The second-place Dallas Mavericks are 5.0 games back with a record of 29-22.

This improvement has certainly caught the eye of Tennessee sports bettors. For the ones who have made the leap of faith to wager on the Grizzlies night in and night out, the rewards have been absolutely amazing. Through the first 52 games, the Grizzlies are a startling 34-18 Against the Spread (ATS). That’s the best record ATS in the NBA. Even more amazing is the team’s record of 17-7 ATS on the road.

The team’s performance ATS this year is indicative of two things. First, the Grizzlies have been playing great basketball all season long. Not only are they winning games, but they are winning by wide margins.

Can one player make a difference? The answer might be yes given what Ja Morant has done since he first donned the Memphis jersey in 2019. That season resulted in the talented guard winning “Rookie of the Year” honors after averaging 17.8 PPG and 7.8 APG.

After modest improvement (19.1 PPG and 7.4 PPG) his sophomore campaign, Morant entered this season intent on proving he deserves mention among the elite players in the league. Currently, he is 9th in the league in scoring at 25.9 PPG. And at just 22 years of age there is reason to believe his best years are ahead of him.

Nashville Predators In The Mix

In the meantime, the NHL is adding even more local interest for Tennessee sportsbooks. The Nashville Predators currently have the second-best record in the Western Conference overall at 27-14-4 (58 points). That represents a vast improvement over last year when they finished 4th in the Central Division of the Western Conference with a record of 31-23-2 (64 points) in a COVID shortened season.

With betting interest in both the Grizzlies and the Predators, this promises to be a great spring for Tennessee sports betting. Will it reflect in the numbers being reported by the state’s online operators? That remains to be seen, but football is definitely no longer the only show in town.