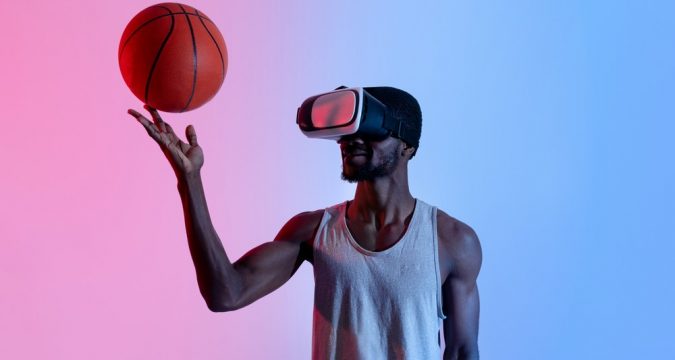 Now, consider the format of the NCAA men’s basketball tournament. The excitement of so many meaningful matches in such a short space of time makes it perfect for television and viewer engagement. Add in the gambling angle via those three channels and you can see why March Madness became the sports betting behemoth that it is today.

Aside from the Super Bowl, which is a single-game event, the NCAA men’s basketball tournament has been America’s #1 sports betting draw for over 50 years. Much of this attention evolved as more games were televised. The biggest transition in betting came during the late 70s and early 80s as cable sports channels were able to start wrestling away control of the Tournament from the big corporate TV organizations.

For the hardcore sports bettors, local bookies provided the easiest way to get your bets down. Of course, that always came with a level of risk as bookmaking was an illegal activity. Worse still, it was often associated with organized crime. The bigger the bookie, the more risk they and their customers were taking because of law enforcement scrutiny.

Because of this, many people preferred a safer way to have a wager. During the 70s and 80s novice and recreational bettors took an interest in putting up a little cash to enter office pools. March Madness pools are typically run under one of two formats. Participants either lay out their brackets and accumulate points for correct selections, or they draw a team name out of a hat. It’s a social way to create interest among people who might not otherwise have interest in watching basketball at all.

It proved wildly popular and that trend continues to this day. It’s the foundation of the widespread popularity of March Madness and a widely acceptable gambling outlet.

Until about 2006, betting through offshore bookmakers was considered an illegal activity. However, enforcement was difficult and of little interest to law enforcement unless nefarious activities were detected. By 2006, the U.S. Congress passed the Unlawful Internet Gambling Enforcement Act. What this law did was take the focus off the actual wagering activities. Instead it made it illegal to fund offshore wagering accounts with wire transfers or credit cards. Largely, it didn’t work as a deterrent.

Regardless of what barriers were put before the U.S. sports bettors, there was always a will to wager on March Madness and avid sports bettors always found a way. Fully legalized online sports betting has recently opened up a whole new world of possibilities.

Until 2019, March Madness betting took place through road trips to Las Vegas or one of the other aforementioned options. While this was taking place, something was becoming very clear. Americans wanted the right to legally wager on sports. Industry experts were telling interested parties that the illegal U.S. sports betting market had grown to $150 billion a year. Astute politicians started thinking about the potential this held for U.S. state governments.

It was New Jersey that first recognized the potential tax revenue involved. They knew they could harness this tax if they simply allowed residents to wager legally in a controlled environment. They pushed to challenge the legal status quo. And in 2018, the U.S. Supreme Court finally relented and gave each state the right to decide for itself.

Today, 30 states and the District of Columbia have legalized some form of sports betting, be it retail, online, or both. In most of these states, sports bettors can freely wager on NCAA events (both Men’s and Women’s) even if one of the state’s teams are participating in the tournament.

Last year, more than 47 million sports bettors legally placed March Madness wagers with much of that activity taking place online. This year, experts are predicting that number to increase to more than 60 million U.S. sports bettors.

Another change in March Madness betting in recent years has been the increased betting interest in the women’s tournament. The quality and competitive nature of women’s college basketball has not escaped the notice of sports bettors.

This is a story that is sure to evolve further. By 2023, there will be several more legal states eligible to bet on college basketball. March Madness has been the biggest sports betting event of the year for a long time and that will not slow down anytime soon.