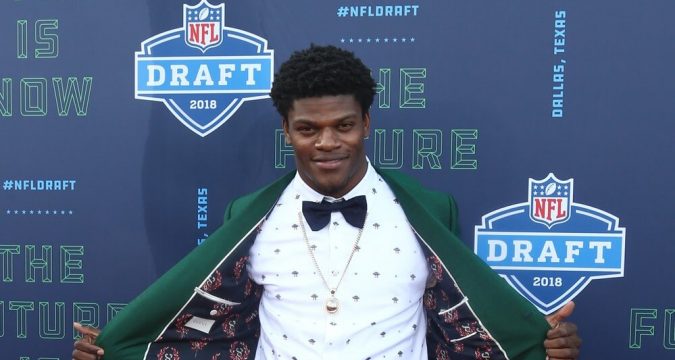 In the early years of the NFL Draft, all of the proceedings took place behind closed doors. The teams made their picks and only then was the draft information released to the press and hungry sports fans who were concerned about the fate of their favorite teams.

Over the last decade or so, the NFL Draft has become a true spectacle. So much so that the TV viewership often exceeds that of a regular season NFL game. Additionally, spectators can now buy tickets and attend the draft as any super-fan would want to do. This year’s event will be held in Las Vegas, Nevada from April 28th until April 30th. The 1st pick will be announced at approximately 8:00 pm ET.

By the end of an NFL season, you have a good idea of how each team ranks within the league. If your favorite team has had a disastrous campaign, there is always the silver lining of the draft. Based on that prior season’s record, the order for the subsequent draft means the worst team gets the first pick and so forth. It’s the great democratic leveler of US sports.

Snapping up the next Patrick Mahomes or Joe Burrow from the ranks of the NCAA standouts can make all the difference to a franchise. With sports betting now an intricate part of the NFL landscape, a new question arises. How does the NFL draft impact the prospects of a team with regards to future betting odds?

The Difference One Player Can Make

For the top three or four teams in the NFL, the future is now. They have already proven they can compete at the highest level. While the draft could provide a boost to an already good football team, the first pick for these teams will likely be towards the end of the first round. By then, the best 15-20 college players are already taken. It becomes more difficult to select a great impact player from that lower draft position, though the New England Patriots (Tom Brady) would argue that point.

The next 5 to 10 franchises in the league are generally trending up or down. For teams on the up, a solid draft choice or two could be all that’s needed to make the step up the following year. As for teams on the decline, that same solid draft pick could keep the organization from having to go into full-on rebuild mode.

For the rest of the teams, drafting is simply the main process by which they hope to improve. In many cases, it’s going to take two or three good years to improve enough to make a run to the Super Bowl. That’s just the nature of the league.

And even for those teams with the very first batch of picks, the draft is still all about the future. Very seldom will a rookie come into the NFL and make a huge impact. Most of them have to get beat up a little before they are ready to play at the highest level.

When online sportsbooks post futures odds on the Super Bowl right after the prior year’s Big Game, they have to proceed with caution. A lot can happen in 12 months. There can be coaching changes. Retirements. Un-retirements. They don’t yet know which teams will make trades or pick up free agents. They also can only guess who each team might pick in the draft.

Having said all that, here is an example of how the draft could change things. The Cincinnati Bengals surprisingly made it to the 2022 Super Bowl where they lost to the Los Angeles Rams. Clearly, this is a very talented and exciting team on the up but with one glaring problem. Their quarterback, Joe Burrow, was the most sacked QB in the NFL in 2021.

Overall though, the NFL draft is unlikely to have a major impact on the odds. Lines might move a little but not as much as for a major trade or free-agent signing. Rookies don’t tend to have the immediate impact in the NFL that they do in other sports. For franchises bolstering their roster for the future, it’s still a case of Rome wasn’t built in a day.