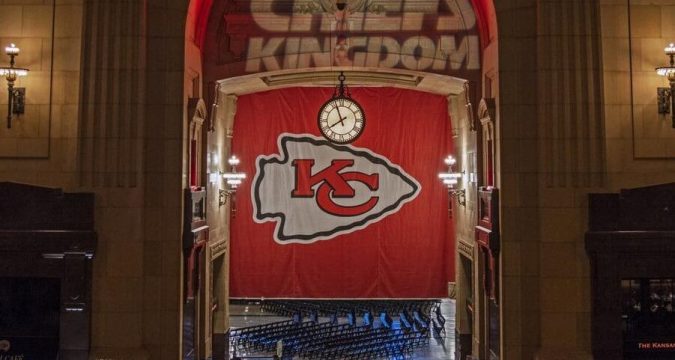 Kansas sports betting began on Thursday, September 1st as Gov. Laura Kelly placed the ceremonial first bet. Six of the online providers licensed to serve the Kansas market went live in what the state are calling an initial “soft launch”.

The full official launch is scheduled to coincide with the start of NFL season on September 8th.

The first bet made by Governor Kelly was a $15 wager on the Kansas City Chiefs to win the Super Bowl at odds of 10-1. The first six Kansas online sportsbooks are:

Kansas is one of the fastest legalized betting states to go from the signing of legislation to actual launch. In most states who have been through this process already, the duration is typically around eight months. Kansas got it done in three. Some of the motivation for this expedited process was undoubtedly to keep ahead of Missouri.

It was a pleasant surprise when Kansas got the sports betting bill SB 84 across the line in May of this year. On the other hand, there has been huge disappointment in Missouri that they have so far failed to reach agreement on a bill.

The rules contained within the legislation in Kansas are seen as a sensible combination of what has been learned from previous states’ legal betting laws. The tax rate is low, enticing more operators and marketing spend hence a bigger overall pie. The minimum age to bet is 21 which is in line with the majority of jurisdictions. And there are no restrictions on NCAA sports which is great news for college fans across the state.

Among the first batch of Kansas betting apps to launch is PointsBet. Kansas becomes the 11th state for this fan favorite sportsbook and they are hoping to add a 12th with Louisiana shortly.

Another of the popular apps now live is BetMGM. They welcomed the start of legal betting in Kansas with a major NFL partnership announcement – they are teaming up with the Kansas City Chiefs as their first official sports betting sponsor.

“We’re confident sports fans across the Sunflower State will enjoy the excitement of wagering with BetMGM,” said BetMGM CEO Adam Greenblatt. “We would like to thank the Kansas Racing and Gaming Commission, Kansas Lottery and Kansas Crossing Casino for being great partners and supporting our efforts.”