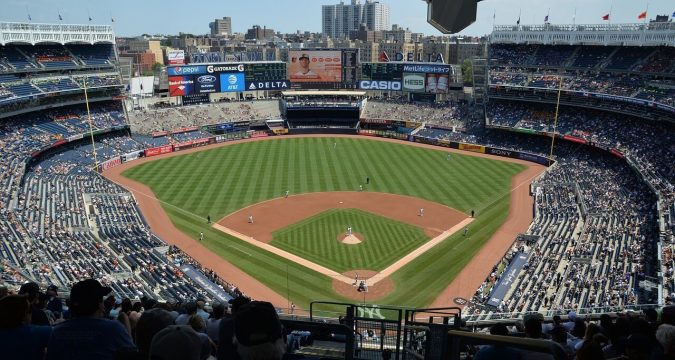 With about 30 games in the books across the league, the MLB season is well underway. It’s still too early to count any team out of the running for the 2022 World Series championship but some interesting storylines are already starting to develop. Let’s take a look at five that might be worth following as the season continues.

During the offseason, New York Mets management went all-in for a World Series championship by spending big in the free agent market. That included the signing of SP superstar Max Scherzer to a 3-year $130 million deal. They also added OF Starling Marte and 3B Eduardo Escobar to bolster a batting line-up that struggled to produce runs last year. It would appear the Mets spent well as they currently have the second-best record in the NL at 21-11.

In the AL, the New York Yankees have made clear they mean business this year. With a current record of 22-8 (best in the majors), the team looks to already be in mid-season form.

Could this be the year for an all New York World Series? That would certainly be a boon for the nascent New York sports betting market. The Mets are currently listed at +750 and the Yankees at +800 to win the Championship.

2. Dodgers are as Advertised

In the NL, the Los Angeles Dodgers (20-9) look loaded in their quest to win the MLB title. Of course the same thing could have been said a year ago before they fell to the eventual World Series winners the Atlanta Braves. As extra insurance, the Dodgers added a big bat in Freddie Freeman in a free agent off-season signing.

This might well be the modern-day version of “Murderers’ Row,” though this one goes about six bats deep. Oh, the team ERA sits at an astounding 2.07 to lead MLB. With great hitting and pitching, could it be everyone else is playing in futility?

The Dodgers are currently listed at +475 to win the World Series.

Glancing over the league by division, one immediately catches the eye. The NL West looks particularly strong at this early stage of the season. The Dodgers are currently leading the division at 20-9 while the Colorado Rockies bringing up the rear at a still-winning 16-15. No other MLB division comes anywhere close to this level of parity.

Of course, each NL West team will have to deal with the Dodgers, but the San Diego Padres and San Francisco Giants aren’t lacking talent. In fact, the Padres are sitting at 20-12 with superstar SS Fernando Tatis Jr. yet to have played a single game. There could be some real fireworks out west this summer.

The San Diego Padres are currently listed at +1500 to win the World Series.

Heading into the 2022 season, there was a general consensus among experts that third-base was one of the weaker positions in terms of talent. Jose Ramirez (AL’s Cleveland Guardians) and Manny Machado (NL’s San Diego Padres) would beg to differ. It might be early in the season, but both third-basemen are positioned to make legitimate runs at their respective league’s MVP trophies.

The Cleveland Guardians are listed at +10000 to win the World Series.

Many a fool has made predictions about the outcome of the MLB season in May. This writer is prepared to join the ranks of those prognosticators who were proven wrong.

The real value in this year’s World Series futures wagering would appear to be the New York Yankees at +800, the San Diego Padres at +1500, and the St. Louis Cardinals (currently second in the NL Central) at +3000.

If Tatis Jr. returns to the Padres and rakes, the Dodgers might be in trouble.