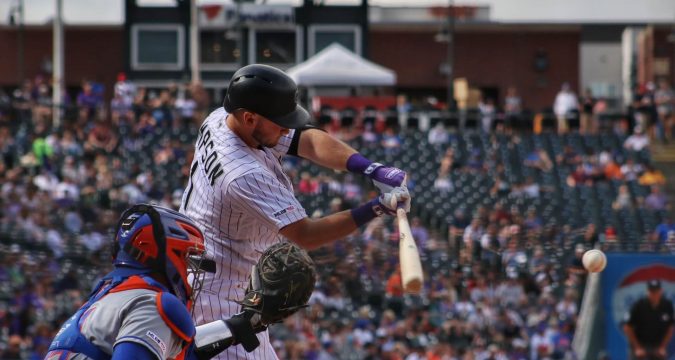 When the MLB Players Association and team owners finally agreed on a Collective Bargaining Agreement on March 10, 2022, it ended an owner’s lockout just in time to ensure there would be a full 2022 MLB season. The action begins on Thursday April 7th much to the delight of MLB fans and sports bettors alike.

As negotiations came to an end, it opened the door for a feeding frenzy around the free agents who weren’t signed prior to the lockout. One big name after another put pen to paper and signed deals. The last of the 20 top free agents, SS Trevor Story, was scooped up by the Boston Red Sox within ten days of the lockout ending.

With all of the roster changes, US sportsbooks have been busy trying to adjust the World Series Futures Odds board. Of course there is quite a bit of variation in pricing across different apps. This is a general picture of how the oddsmakers view the prospects for World Series glory this Fall:

When wagering on futures, it’s usually a good idea to cover more than one possibility. Another general baseball betting observation: the World Series Champion seldom materializes out of the blue. Barring major injuries, the best teams are typically the ones with the best players. Simplistic, but true.

Speaking of injuries, it is often untimely personnel losses that open the door for a second-tier to jump up and surprise. As a case in point, the Tampa Bay Rays made it to the World Series in 2020 due in part to the thinned out rosters of teams like the New York Yankees, Boston Red Sox, and Houston Astros.

At the same time, Tampa Bay was able to keep their squad largely intact throughout the business end of the season.

Heading into the 2022 season, the Los Angeles Dodgers made a huge splash in free agency when they landed 1B Freddie Freeman. With a starting lineup that goes six deep worth of all-stars, it’s hard to imagine this team not winning close to 100 games. This is especially true if ace SP Clayton Kershaw is able to return to form.

In New York, the New York Mets made things interesting by luring SP Max Sherzer away from the Dodgers in a free agency deal. That gives the Mets the top two pitchers in the majors pitching 4 out of every 10 games. If the bats show up this year in the form of 1B Pete Alonso and SS Francisco Lindor, they could make a lot of noise in the NL.

With New York sports betting now fully live, Mets fans will be hoping to also cash in on a successful campaign.

In the AL, the old guard (Yankees, Red Sox, Astros) are aging. Could this open the door for a young teams to take that last big step towards a world series title?

One candidate is the Chicago White Sox who are loaded with young players acquired through good trades and drafts. Outfielders Eloy Jimenez and Luis Roberts are both rated among the five best young players in the game. Joining them in the lineup is SS Tim Anderson coming off his third straight .300 average season and the rock-solid Jose Abreu at 1B.

If young pitchers like Lucas Giolito and Dylan Cease deliver on their potential, going the distance in October is not beyond them. Industry observers will also be interested to see how Illinois sports betting is impacted by the MLB action. A strong White Sox showing will surely provide a boost to sportsbooks through the summer months.

Moving north, the Toronto Blue Jays have arguably the best offense in baseball. It’s quality throughout with OF George Springer, SS Cavan Biggio, 2B Bo Bichette, and 1B Vladimir Guerrero Jr. In the offseason, they added 3B Matt Olsen from Oakland, which gives this team enough power to light up the entire city of Toronto. The pitching is a little suspect, but they might well just outscore everyone.

Prediction: If the White Sox team stays healthy and SP Cease delivers, +1100 will look like a bargain by September. At +500 and as the favorite, the Dodgers only offer value in the form of a saver bet.

Longshot: Remember that amazing winning streak to close out the 2021 regular season? The St Louis Cardinals at +2500 are worth watching.