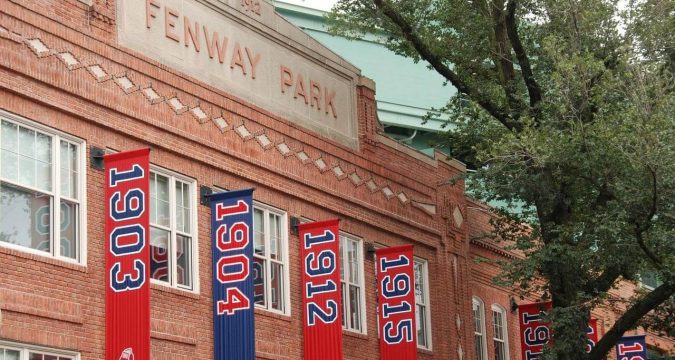 It took three years and a lot of deal-making but in the end they got there. The Massachusetts legislature has finally reached a sports betting compromise that puts a bill on the desk of Governor Charlie Baker for his signature. He has ten days from receipt of the bill to sign off. This is presumed to be a formality at this stage of the process.

Massachusetts is finally in the legal sports betting game.

It is welcome news for the residents and visitors who have certainly shown a fondness for sports gambling in the past, legal or otherwise. Furthermore, there is great relief among the state’s ardent sports betting enthusiasts who will no longer have to make the trek to nearby states like Connecticut and New York to place legal sports bets.

And that’s before even mentioning the tax dollars staying within the Commonwealth.

U.S. online sportsbooks are also celebrating the passage of the bill. After all, Bean Town is home to some of the most important sports franchises in the country. The list of teams based in the area is like an almanac of American sport. The New England Patriots (NFL), Boston Red Sox (MLB), Boston Bruins (NHL), and the Boston Celtics (NBA) can all lay claim to storied histories.

The hope going forward is that Massachusetts fans aren’t just vocal in their enthusiasm. Stakeholders behind the bill are banking on that enthusiasm translating into dollars wagered on sports betting apps when they launch.

Details Of The Bill

At this point, the new bill written for the Governor’s signature is just a rough outline with several details yet to be determined. With that said, it covers several rules, including:

Still, there are many important details yet to be determined. They include the fees for and duration of licensing. The deadlines for sports betting applications have not been set. That of course also means a targeted date for acceptance of the state’s first legal sports wager is not yet known.

Legislators will also be looking at studies to determine the viability of putting sports betting kiosks in local bars, restaurants, and professional sports venues like the Boston Garden.

In other words, it’s a work in progress.

Work Still to be Done

So there is still plenty of ground to cover before the official launch of sports betting in Massachusetts. When is the most likely go-live date? It would seem very unlikely that Massachusetts residents will see a launch by the end of 2022. That means no legal betting yet on NFL regular season games or the start of the NBA and NHL seasons.

Is it possible it could be ready to go by the start of the NFL playoffs in January of 2023? There’s an outside chance. It would require legislators to make a quick decision on designating a regulatory body to oversee the state’s sports betting laws. Once that is done, the application and licensing process could be done within a couple of months.

Meanwhile in the background, the leading U.S. sports betting operators are already preparing for entry into Massachusetts. They will be more than happy to facilitate a fast rollout.

More reasonably, it would seem targeting March Madness (NCAA basketball tournament) is the right call. Experience shows that the average amount of time it takes for a state to get through the licensing process to wager acceptance is about eight months.

One of those operators is community giant DraftKings. The passing of this legislation was very dear to their CEO Jason Robins. After all, the company is headquartered in Boston and has long been awaiting this news. In a statement released to the press, Robins stated he was “thrilled” about the decision.

No doubt he’s not the only one.