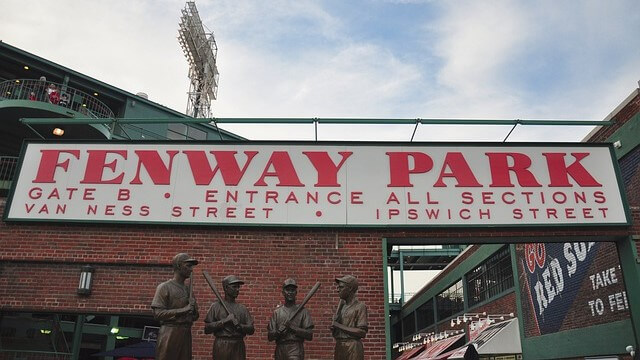 Massachusetts lawmakers are hopeful that a conference committee of six representatives and senators could reach an agreement on a sports betting bill and have it in front of Governor Charlie Baker before the legislative session ends at the end of July.

Massachusetts neighbors both New Hampshire and Rhode Island which offer legal sports betting. Thus the pro-sports betting lobby are arguing valuable taxes are being leaked to other states by those who enjoy gambling with a regulated book.

Representative Jerry Parisella, commented last week at a conference: “Unfortunately we are losing out to our neighbors in New Hampshire, Rhode Island”. Parisella continued “For every year it is not available, Massachusetts loses valuable tax revenues to one of our neighbors”.

In the same speech, Parisella mentioned data from operator DraftKings in relation to February’s Super Bowl betting. DraftKings estimated nearly 30 percent of all bets placed with them in New Hampshire were actually residents in Massachusetts.

There has been prior progress in the state, with a sports wagering bill being passed in the Massachusetts Senate in April. That bill included provisions on banning the use of credit cards as well as limiting online and television advertising across the state. The House version, which was approved in July 2021, went further to include a ban on wagering on Collegiate sports, as well as higher GGR tax rate on both retail and online sports betting in Massachusetts.

With the NFL season set to resume in the coming months, lawmakers will be hoping that an appropriate bill can be presented to the state Governor before the end of the legislative session. They further hope that it’s passed in time to welcome customers – and thus retain tax revenues – which may otherwise be lost to neighboring states.

In the four years and two months since the repeal of PASPA and the federal ban being removed, the legalized sports-betting industry has grown from just one, to 30 states. Massachusetts is hoping to become the next to join the ever-lengthening list of jurisdictions in which sports betting is operated legally.