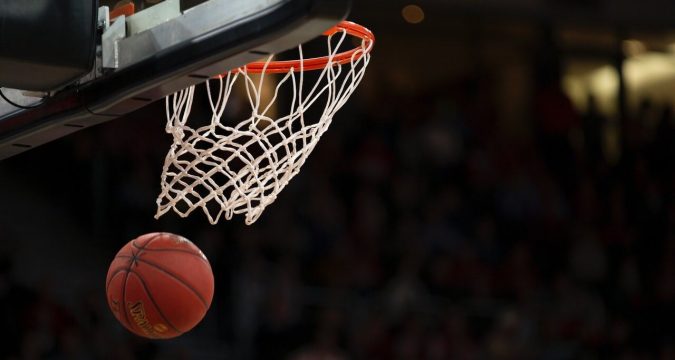 And then there were four teams remaining. After some great series and a couple of big upsets, the NBA playoffs have reached the Conference Finals. Over the next week, the Finals matchup will be determined on the hardwood. Let’s take a look at what’s happening so far in the Conference championships.

In the Eastern Conference semi-finals, everything seem to go as expected. The #1 seeded Miami Heat easily handled the #4 seeded Philadelphia 76ers 4-2. Meanwhile, the #2 seeded Boston Celtics took down the defending NBA Champion Milwaukee Bucks in a hard-fought 7-gamer. This one was in doubt all the way to the Game 7 blowout.

The Heat won their four games by an average margin of 18.5 PPG, a sign of apparent dominance. However it’s worth remembering that the 76ers were forced to play the first two games without NBA scoring champ Joel Embiid, who was sidelined with an injury. It could have been a lot closer.

After four games in the conference finals, the Heat and Celtics are tied at 2-2. It didn’t bode well for the Heat when they gave up homecourt in Game 2 where the Celtics whacked them by a score of 127-102. The Celtics then managed to hold pace over the next two games 1-1 in Miami. Now, the two teams will once again face off in Boston for Game 5. During the regular season, these two evenly matched rosters split the two games played at The Garden. It could go down to the wire.

The current betting odds show the Heat at +145 and the Celtics at -175. It’s hard to lay a big number with the series tied, but the Celtics truly look like they are firing on all cylinders. With homecourt advantage secured, it looks like this has become the Celtics’ series to lose.

They don’t call it the Wild West for nothing. The Western Conference Championship series is underway and the conference’s top two seeded teams are not playing for the title.

It’s difficult to imagine now, but the #3 seeded Golden State Warriors were actually slight underdogs heading into the semi-finals against the #2 Memphis Grizzlies. The Grizzlies looked poised to give the Warriors fits behind the play of the NBA’s brightest rising star Ja Morant. Unfortunately for them, they had no answer for the veteran Warriors after Morant went down with an injury towards the end of Game 3. From there, the Warriors coasted into the Western Conference Finals.

On the other side of the ledger came the real shocker when the 4th-seeded Dallas Mavericks took out the defending Western Conference champs, the Phoenix Suns. The Suns were heavy favorites to win the series after securing the NBA’s best regular season record by an impressive 8 games over the Grizzlies. It was a hard-fought series, but the Mavs dominated Game 7 in Phoenix by a score of 123-90 to send the Suns packing.

Warriors On Their Way

Currently, the Warriors are heavy favorites (-10000) to dispatch the upstart Mavs (+3000) in the Western Finals after securing a 3-0 series lead. The Mavs looked poised to upset Game 2 when they took a 14-point lead into halftime. However, it was not to be as the Warriors caught fire in the second half when they outscored the Mavs 68-45.

Some handicappers argued that the Mavs still had a shot simply because they have Luca Doncic. He might well be the best player on the floor although Steph Curry fans would beg to differ. But the Game 3 victory for Golden State has dampened most enthusiasm for Dallas.

Prediction: The finals look destined to be a matchup between the Boston Celtics and the Golden State Warriors. While the Warriors are showing signs of age, right now they look like they might have one more NBA title run in them.