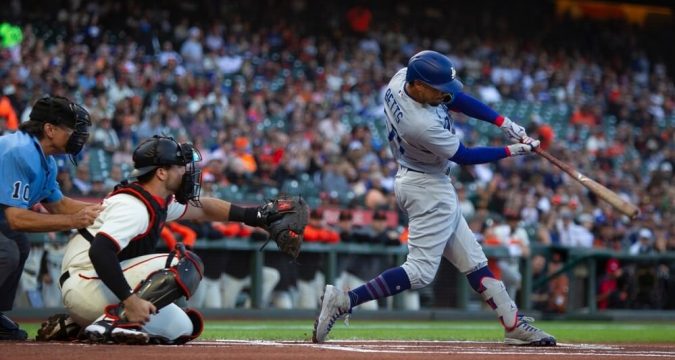 This week Major League Baseball enters the last full month of the regular season. Some teams are virtually done and have already started making plans for the offseason. There is another group of teams still trying to reach the playoffs for a chance to face the frontrunners who are already locked into the post-season.

September is going to be crunch time for many baseball franchises.

National League – Top Three In A League Of Their Own

At this point, it looks like the Los Angeles Dodgers, New York Mets, and Atlanta Braves are certainties for the playoffs. It is also becoming increasingly clear that the Dodgers will lock up the number one seed. At the time of writing they have a league best record of 88-38.

The real battle will be in the NL East where the Mets currently lead the surging Braves by three games. The winner takes the East and the loser heads to the Wild Card round. Plenty still at stake there.

The advantage has to go to the Mets with superstar pitcher Jake deGrom returning to the lineup. In his three appearances since returning from the IL, he has been nothing short of brilliant. At full strength, the Mets are loaded and on par with the Dodgers, a team that has been hit by injuries within the pitching staff.

Throughout the rest of the NL, the St. Louis Cardinals and the Milwaukee Brewers have been in a dogfight for the NL Central all season. However, the young bats of the Cardinals have made a huge difference since the All-Star break. With 1B Paul Goldschmidt (MVP favorite) anchoring the offense, the Cardinals are starting to show signs of pulling away in the division.

The rest of the contenders for a Wild Card spot would include the Philadelphia Phillies, San Diego Padres, and San Francisco Giants. With the Braves or Mets added to this list, the Giants are very likely to miss the cut. They just don’t seem to have the bats and arms needed to compete down the stretch.

Prediction: The division winners will be the Dodgers, Mets, and Cardinals. Of these teams, the Dodgers and Mets should get the first-round byes. Look for the Braves, Phillies, and perhaps Brewers to fill out the NL playoff picture.

It wasn’t that long ago that the New York Yankees were on pace to break records for wins in a season. Recent struggles from the mound have left the Yankees reeling. They still have an 8.0-game lead over the Tampa Bay Rays in the AL East, but no longer look invincible.

The big story in recent weeks has been the return to glory of the Houston Astros who are running away with the AL West. With a 12-game lead over the Seattle Mariners, they are shoo-ins to make the playoffs with a bye in the first round. The Yankees will presumably get the other bye.

The real dogfight is taking place in the AL Central where the Cleveland Guardians, Minnesota Twins, and Chicago White Sox still have legitimate shots at the division title. With strong pitching, it would seem the Guardians might have a slim advantage. Of course, it matters little who wins the division with the first-round byes seemingly off the table.

The Wild Card picture is very contentious with no less than seven teams still in the running. The rest of the league should be worried that the Rays and Blue Jays both have the capacity for big winning streaks at crunch time. But in truth, it’s all to play for in September.

Prediction: The battle for the league’s best record between the Yankees and Astros should go down to the wire. Therefore you need to look no further for the first-round byes. We are backing the Guardians to win the AL Central and earn a Wild Card Spot. More speculatively, the Rays and Blue Jays look like legitimate Wild Card contenders. Meanwhile, beware of the surging and lurking Baltimore Orioles.