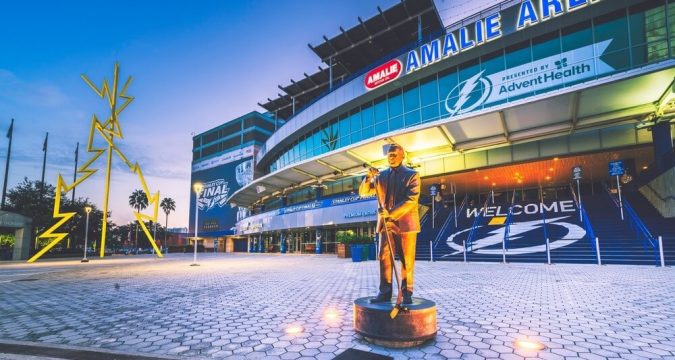 And… then there were two. On the surface, it comes as little surprise that the Colorado Avalanche will be facing off against the two-time defending champion Tampa Bay Lightning in the NHL’s Stanley Cup Finals.

The Avalanche entered the playoffs as the #1 seed in the Western Conference. All they did was breeze through to the finals, accumulating an overall playoff record of 12-2 along the way. That included a devastating 4-0 takedown of the #2 seed Edmonton Oilers in the Conference Finals. On the series, the Avalanche offense outscored the Oilers 22-13. The offense is alive and well in Colorado, and it better be.

Because this Avalanche team is the only thing standing between the Tampa Bay Lightning and a coveted three-peat. While few fancied them to represent the Eastern Conference in the Stanley Cup Finals, the Lightning made clear they are still king of the hill by dispatching the #2 seed New York Rangers 4-2. After losing the first two games in the series, the Lightning defense applied the clamps. They conceded a total of just five goals on their way to four victories in a row.

The Stanley Cup Finals will be the last chance NHL bettors will have to bet until the start of next season. Currently, online sportsbooks have made the Avalanche favorites to win the cup at around -175 with the underdog Lightning at +155. What do the two-time defending champions have to do to get respect?

During the regular season, the teams met twice with the Avalanche coming out on top on both occasions 4-3 and 3-2 respectively. Of course, this is the Stanley Cup Finals and handicapping the series really comes down to identifying key matchups. In this case, the key matchup is a simple one. Colorado Avalanche’s offense versus Tampa Bay Lightning’s defense.

The Colorado offense is among the very best in the NHL, finishing third in goals scored (312). That was good enough to lead the Western Conference and overpower opponents through the playoffs. But they will be taking the ice against a very good Tampa Bay defense that only allowed 233 goals or 2.84 goals per game (GPG) on the season.

There is a twist in the tale. While 2.84 GPG is a very respectful number, it pales in comparison to what the Lightning defense accomplished in the playoffs. Over the last 12 games they’ve played, the TB defense gave up a total of 21 goals. That’s an incredible 1.75 GPG against some of the best offenses in the NHL.

Entering the playoffs, the Avalanche had lost 6 of its last 7 regular season games due in large part to an offense that went missing in action. Luckily, it didn’t take them long to right the ship as the offense roared through the playoffs. They have scored a total of 70 goals over 14 games which is an astounding 5.0 GPG.

There is no doubt this series will come down to whether or not the Lightning’s defense can put the kibosh on Colorado’s powerhouse offense. If they can’t, Colorado could make short work of the two-time defending champ Lightning.

Of course, there is a lingering intangible that needs to be addressed. Tampa Bay is playing for that coveted three-peat, and they are playing like a team on a mission. It’s also noteworthy that the Lightning have not entered any of the last three playoffs as favorites in the East. They were seeded #2 in 2020 and #3 in 2021. This is a team that knows how to get going when the going gets tough.

The Pick: We lean slightly towards the Avalanche. With a record of 32-5-4, Colorado has been very tough to beat on home ice and they do have home ice advantage. Conversely, TB have not played particularly well away from home. The Lightning’s winning attitude aside, let’s roll with the Avalanche to take the Cup 4-2.