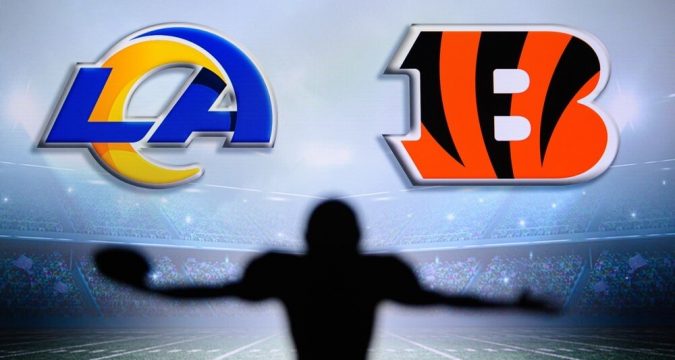 Even before legal online betting was a thing, the Super Bowl was the number one sports wagering event of the year. Super Bowl LVI figures to be no different. In fact, wagering on this year’s Super Bowl is expected to smash all previous single-event wagering records.  That’s due in large part to the fact 31 states now allow some form of legal sports betting. In New York alone, where online betting recently went live, experts are estimating that the Super Bowl handle could hit the $1 billion mark.

What is so intriguing about the Super Bowl from a line-setting perspective is it draws interest from so many casual bettors. People who don’t place wagers at any other time, except maybe March Madness, are willing to have a go. While the pro handicappers will generally be focusing on the point spread, money line, or the over/under, the recreational bettors will be looking at an amazing list of prop bets.

On some sports betting websites, like Caesars or BetMGM, there might be as many as 500 different ways to wager on Super Bowl LVI.

Let’s take a look at the game from a handicapping perspective with an eye on some of the more interesting and quirky prop bets. For the record, the NFC Champion Los Angeles Rams will be facing the AFC Champion Cincinnati Bengals. The Rams are favored at -4.5 and the over/under is at 48.5.

Unlike the best of seven series that decide the NBA and MLB titles, the Super Bowl is a single-game event. There will be no do-overs no matter the outcome. For astute handicappers, perhaps adopting a similar all-or-nothing mindset is best. In other words, find an angle and use it as the basis for placing one big bet.

Since both offenses are equal and explosive, maybe the defenses hold the key? But there is no obvious advantage here either as both teams gave up approximately 350 YPG and 22 PPG. The search continues for a handicapping angle.

After further research, maybe an Achilles heel has been found. The Rams were 3rd in the NFL in sacks with 50 on the season. It just so happens that the Bengals were third in the league for sacks allowed at 55. If the game turns into a shootout, Burrow will likely receive heavy pressure because of a weak offensive line. We think that could be the crucial factor. Look for the Rams to exploit this with their front four, leaving seven defenders covering pass routes.

With over 500 prop bets to choose from, handicapping them all would be pretty much impossible. It might be better to forget about gaining an edge and just have some fun with the props. We’ve picked out a few that might add some excitement for viewers.

Cincinnati Bengals to score in both halves: Yes = -650 No +440 (Bengals have a potent offense. Seems very unlikely they would ever go 30 minutes
without scoring something).

Coin Flip: Heads -103 Tails -103 (nothing like hitting a winning bet before the game starts)

Match to end with a Scorigami (a final score never achieved before in Super Bowl history): Yes +1400 No -5000 (missed extra points and 2-pt conversions can create strange scores)

Player to record the longest Punt – Including Overtime: Kevin Huber (Bengals) -114 Johnny Hekker (Rams) -109 (This is one way to shine a light on the punting aspect of the game).

For the latest specials from the top online sportsbooks, visit our Promo Tracker Page.