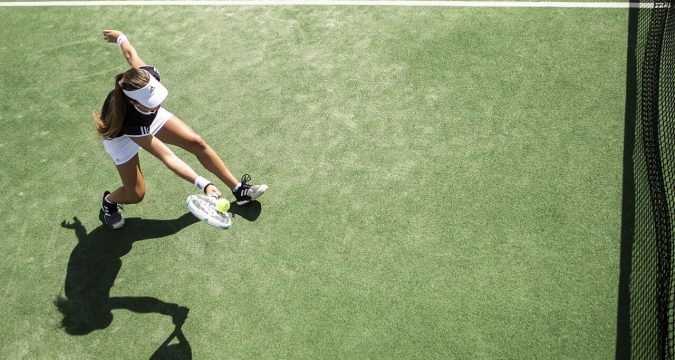 Late June and early July means one thing in the world of professional tennis. It’s Wimbledon time. If asked, there isn’t a professional tennis player on the planet who wouldn’t list winning at Wimbledon as near the top of their career goals. To many it is clearly the premier tennis tournament of the season.

Wimbledon is also one of those events so big that it attracts the attention of bettors who wouldn’t necessarily be hardcore tennis fans. It is internationally televised and marketed to a massive audience above any other tournament on the schedule. With that in mind, let’s take a look at the Wimbledon Betting Guide for 2022.

The defending champions are Novak Djokovic on the Men’s side and Ashleigh Barty (now retired) on the Lady’s side.

As one of the four tennis Grand Slam events (see also the Australian Open, French Open, and U.S. Open) Wimbledon draws the attention of sports bettors interested in betting every angle of the proceedings. Some of the more popular markets include outright betting on Gentlemen’s Singles, Lady’s Singles, Gentlemen’s Doubles, Lady’s Doubles, and Mixed Doubles.

In the U.S. there are now more legal options for fans in multiple legal betting states than ever before. All of the top ranked online sportsbooks are offering wagering access to a multitude of Wimbledon betting options.

Given the popularity of betting on the singles events we take a look at a recent market on the top five players for both the Gentlemen’s and Lady’s Singles:

Arguably more than any other sport, top tennis players prove the adage, “the cream rises to the top”. A handful of elite performers have tended to dominate the sport throughout the years. With this in mind, all futures bet handicapping efforts need to start by focusing on the top-seeded players.

On the men’s side: it all starts with the top-seeded Novak Djokovic. As unbeatable as Rafael Nadal is on clay at the French Open, Djokovic shows similar prowess on the grass at Wimbledon. It’s hard to look past the fact he has won at Wimbledon the last three years (2018, 2019, and 2021) and 6 of the last 10. Note: Wimbledon was canceled in 2020 due to the COVID-19 pandemic. Caution is advised when betting against the reigning king of Wimbledon. He still has more good tennis in him at age 35.

As for Nadal, he represents a little bit of value at +400 with this cautionary note: he hasn’t won a Wimbledon title since 2010 and hasn’t made it to the finals since 2011. At the age of 23, 4th-seed Tsitsipas might be on the verge of stepping into the spotlight. A small wager at +1400 might offer some value.

On the women’s side: the tournament is wide open, which means there is betting value available all over the odds board.

Of the top ladies on the odds list, only Petra Kvitova is the only one who can be counted as a former Lady’s champ, winning in 2011 and 2014. Unfortunately, she has only appeared in one Grand Slam Finals since last winning Wimbledon in 2014.

While reluctant to mention the top seed in a wide-open field, it is worth noting that #1 seed Iga Swiatek enters this year’s Wimbledon having won her last 35 matches in a row. She is also the defending French Open champ. While +125 might seem a little short in terms of betting value, it would seem the 21-year-old Polish player is sitting comfortably at the top of the Women’s game.