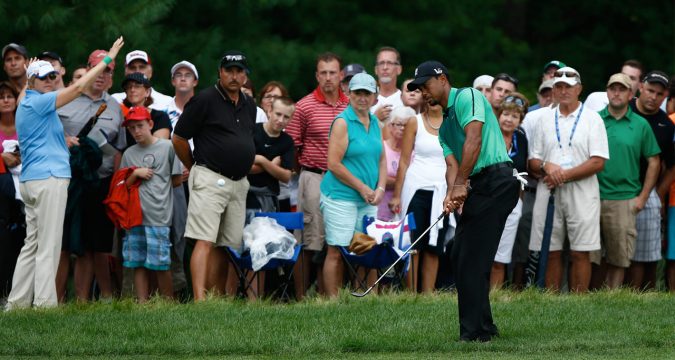 The 2022 U.S. Open Championship will happen June 16-19, 2022, at The Country Club in Brookline, Massachusetts. It will be the 122nd edition of the major golfing competition, and 156 players are slated to participate.

Qualifying events for this 72-hole stroke play tournament will commence on May 23 in Japan and Dallas, Texas. The remaining nine qualifiers will be on June 6, and eight of them are in the United States. The RattleSnake Point Golf Club in Ontario, Canada will be the only non-US venue during that day.

U.S. Open winners from 2012 to 2021 automatically qualify for the upcoming competition. Also getting direct invites are recent winners of other major tournaments like The Masters, The Open Championship, and the PGA Championship.

Those who finished in the top ten of last year’s tournament, ties included, are also exempted from qualifying events. Also gaining direct entry are the top 60 players in the Official World Golf Ranking if not yet exempted as of June 6.

With the best golfers in the world converging at The Bay State, here are the competitors that could make noise during the four-round contest.

In last year’s competition, the 27-year-old Spaniard had a dramatic win over Louis Oosthuizen, making birdies in the final two holes to claim victory by one stroke. He nearly won the 2021 British Open but settled for third place, four strokes off Collin Morikawa.

But Rahm went through a skid earlier this year after finishing 55th in The Players Championship and 27th in the Masters. However, he is rediscovering his rhythm in time for his U.S. Open defense by winning the 2022 Mexico Open earlier this month.

Rahm scored a 69 in the final round to score a one-stroke win over Kurt Kitayama, Brandon Wu, and Tony Finau. He will be looking to ride the momentum, hoping to win a second straight Wanamaker Trophy.

The world’s top-ranked golfer won his first major after edging Rory McIlroy by three strokes in the 2022 Masters. But luck had nothing to do with his achievement because he had been winning since the year started.

The 25-year-old may have finished 18th in the Zurich Classic of New Orleans, but his Masters victory should give him confidence coming into the U.S. Open. Sportsbooks also expect a good showing from him because he is either tied for first or second in betting odds behind Rahm.

The fifth-best golfer in the world is at his best during the biggest tournaments. The Australian defeated Anirban Lahiri by one stroke to win this year’s The Players Championship. He also had a strong showing during the Masters but tied for third with Shane Lowry.

Smith’s best finish in the U.S. Open came in 2015 when he tied Branden Grace and Adam Scott for fourth place. Given his consistency during major tournaments, he could be the dark horse to win this year’s competition.

For the all best betting odds on the US OPEN 2022, please visit our partner CAESARS SportsBook here »