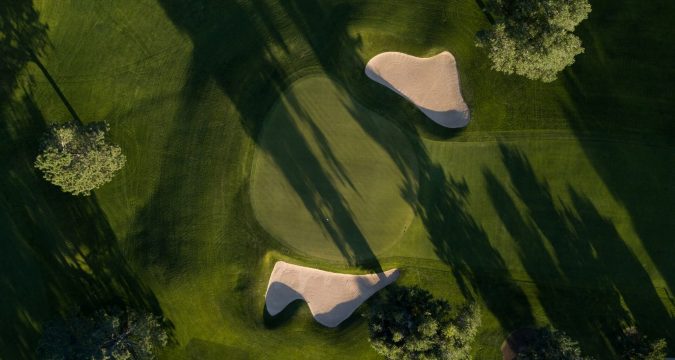 For decades, the PGA Tour has been the primary custodian of the highest level of professional golf. This week, with the U.S. Open taking place in Boston, that position is being seriously threatened for the first time. The LIV Golf League, a new Saudi-backed venture, is trying to upset the apple cart.

At this point, it’s fair to say that LIV Golf is the talk of the town. The opening of the rival league has clearly upset the leadership of the PGA Tour. It has reacted by suspending the Tour membership of any golfer who plays in a LIV event. The list of suspended golfers now includes a sprinkling of big names like Phil Mickelson, Dustin Johnson, Bryson DeChambeau and Patrick Reed.

On the surface, the issue is a political one. There are significant human rights concerns over Saudi Arabia’s support of atrocities against certain segments of the international community and its own citizenry. Whether or not there is a time and place for politics in professional sports is a debate for another day. Today, the competition between these two leagues stands to overshadow the U.S. Open, which starts this week at The Country Club in Brookline, Massachusetts.

As the best golfers in the world assemble for the third major of the year, the strife between the PGA and LIV has reached a fever pitch. Complicating matters is the fact that golf’s Majors fall outside the remit of the PGA Tour. The Masters, U.S. Open, PGA Championship and Open Championship (British Open) operate under the leadership of the USGA and the R&A. Subsequently, none of the LIV golfers have been suspended from the U.S. Open and are expected to be part of the field.

All of this comes at a time when pro golfers, golf fans and sports bettors should be celebrating the start of one of the great events of the year. But in reality the current controversy between these competing golf organizations has progressed to the point that even the golfers themselves are becoming increasingly divided.

At times you could easily forget there is actually a golf Major happening this week at all. The sportswriters have devoted much more column inches to the breakaway events and players. So what is the crux of the issue?

On the PGA Tour’s side, there are obvious concerns that losing talent to LIV will diminish the value of their product. It’s vital they keep the bulk of the world’s top players to maintain their status as the pinnacle of the sport. Subsequently, it’s hard to tell how legitimate their concerns are about the aforementioned politics of aligning with the Saudis.

On the other side, the golfers who have joined LIV have an entirely different perspective. The Saudi league, under the leadership of former world no.1 Greg Norman, has put a lot of money on the table. They are offering unprecedented appearance fee amounts to draw top names while also offering huge purses from one event to the next. Golfers are also increasingly concerned about their freedom to play golf where and when they want.

To be fair, there are membership provisions that give the PGA Tour a certain amount of control over its member’s activities. And a contract is a contract. Of course, those provisions were created at a time when no one could fathom anything that could rival the PGA.

And then, somewhat lost in this controversy, is the small matter of the U.S. Open tournament itself. Masters champion Scottie Scheffler will carry a lot of hope and betting interest to take home his first national title. Spaniard Jon Rahm, who was one of the picks in the U.S. Open golf betting futures market a month ago, will be in Massachusetts to defend his 2021 crown. Rory McIlroy, following an enthralling win at the RBC Canadian Open last week, has taken over as betting favorite at odds of +1000. No doubt it’s a strong and competitive field.

These are the news stories the golf world would normally be focusing on. Instead this year’s U.S. Open golf takes place in the shadow of a new and growing division between the traditional powers-that-be and the new kid on the block. Time will tell who prevails.