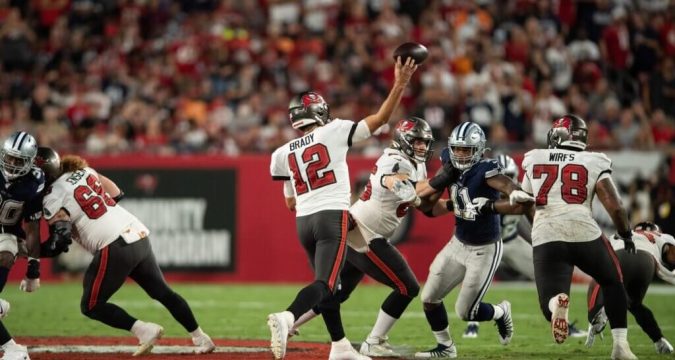 The 2022 NFL season starts on Thursday, Sept. 8, as the Los Angeles Rams host the Buffalo Bills in SoFi Stadium. For the second time in a row, the season will begin in the same stadium where it drew to a close.

After that first game, we have just three days to wait for more NFL action. There are 14 games spread between the three windows on Sunday, Sept. 11. The first Sunday of the NFL season concludes with the Dallas Cowboys hosting the Tampa Bay Buccaneers in a repeat of the 2021 NFL season.

Other games that highlight the Week 1 NFL schedule include the AFC champion Cincinnati Bengals hosting their division rival Pittsburgh Steelers in the 1 p.m. ET window. Meanwhile, the Las Vegas Raiders travel to face the Los Angeles Chargers, the Kansas City Chiefs take on the Arizona Cardinals, and the Minnesota Vikings host the Green Bay Packers in the 4:25 p.m. ET window.

There is then a single Monday Night Football game in Week 1, and it should certainly make for an interesting watch. Former Seattle Seahawks QB Russell Wilson leads his Denver Broncos back into Seattle to take on the team who traded him away this offseason. The atmosphere in that game should be quite something to round out the first week of the season.